With the introduction of intensive technologies, requirements that need to be taken into account when selecting animals for industrial production of livestock products are increasing. At the same time pay attention to the adaptability of animals to maintain large groups, the leveling of animals by productivity, the need for feed, and others. However, due regard is not paid to ethical indicators. In turn, the accounting of ethological indicators in the selection contributes to a more complete realization of the genetic potential of animals in the process of their livelihoods. In this regard, the practical application of scientifically grounded methods, taking into account the behavior of animals for the formation of herds of cows, capable of exhibiting high milk productivity in specific technological conditions, becomes of special significance. Formation of milk production of Simmental breed cows depends on the indicators of the rhythmic manifestation of behavioral reactions. It was established that the highest tastes, the content of fat and protein and their yields in milk were characterized by the firstborns, classified by the index of general activity to the group of active (4992 kg, 3.84%, 3.38%, 191.7 and 168.7 kg respectively) and ultraactive (respectively 4763 kg, 3.81%, 3.35%, 181.5 kg and 159.6 kg). Cows classified by the index of general activity as infra-passive and passive had significantly lower rates for their analogues of the active class, respectively: by their hopes – by 456 and 333 kg, by the fat content – by 0.02 and 0.04%, by the protein – 0.06 and 0.09%, the milk fat content – 18.4 and 14.7 kg, and protein – by 18.1 and 15.4%. Since the lowest productivity was observed in the cows of the group, they are infra-passive and passive, then the task is early detection and removal of animals with a low index of total activity index. Cows of different ethological groups differ significantly among themselves according to technological signs of udder. Animals of the active class are best adapted to machine milking. Calculations of the economic efficiency of milk production of cows of different ethological groups have shown that the use of ethological indicators in the formation of a dairy herd can reveal cows, capable of producing a much larger quantity of milk of high quality, while reducing the costs of its production. 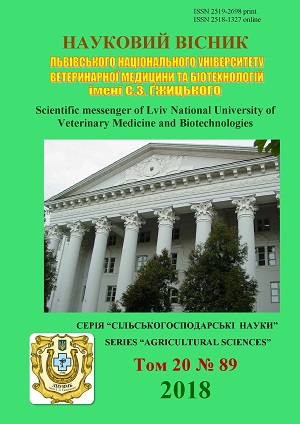