The important indicators that influence on the growth and development, and in the future even on the productive qualities of poultry, in particular ducks, are the efficient feeding and the conditions of maintenance, that have the direct impact on the living mass and the quality of meat. With the aim of increasing the efficiency of the poultry farming, industry the increase of production of goods, the improvement of supplying the population of Ukraine with high-quality foodstuffs and strengthening the food safety of the state in recent years the tendency to the revival of this industry is observed. However there is still a range of problems that need a complex solution and economic support. With the increase of density of landing of the poultry lodging the amount of the products got from a unit of area is growing, the however the accretion of poultry is falling, the charges for feed are increasing and the quality of meat is reducing. The optimal tightness of the poultry lodging is determined by their age, maintenance, payment of feed, eventual living mass, quality of meat, product output from a unit of area. In the article the results of researches of indexes of living mass and increases of the ducks are given in case of feeding with the substance «Аktivio», which contains the extracts of oils of  chili pepper, oregano, cinnamon and rosemary in its composition. Two groups of ducks were formed by us on the principle of groups of analogues. The first group of ducks was of the pekinese breed, and the second group of ducks was of cross-country breed of cherry-velly. The investigated ducks were held  under the same conditions, they were fed with valuable mixed fodder balanced with all the nourishing and bioactive substances with the addition of 100 gs. of the preparation Aktivio per 1 tone of the mixed fodder. The index of preservation for the period of the experience was high in both groups and was at the level of 99.4–99.8%. Speed of the poultry growth was estimated on the basis of absolute, average daily and relative increases of living mass. For this purpose the poultry was individually weighed in certain periods of growing. As a result of the undertaken studies it was established that all sublings grow more intensively in the first month of life. On the 48th day of growing living the mass of the ducklings from the second group was higher at 365.6 gramme or 24.22% comparatively with the analogues of the first group. The absolute increase for all the period of growing in the second group compised 1706 g, against 1366 g is in the first group. Since the 28-th day the substantial difference in the average daily increases between groups is observed. In the second group he was higher at the age of in 28, 38, and 48 days at 37.70, 34.29 and 24.52%. A relative increase in the second group was higher in all age-old periods comparatively with the analogues of the first group. For improving the quality of poultry meet a normal microclimate was supported at the breeding farms, temperature, humidity, illumination, un created superfluous noise. Deviation of indexes of microclimate from a norm was not observed. Feeding of birds was performed with taking into account the complex of nourishing and bioactive substances, that positively affected the living mass and the productivity of poultry.

Kyryliv, B. (2017). Organ and tissue peculiarities of the activity of hydrolytic enzymes in the ducks of the meat production direction. Scientific Messenger of LNU of Veterinary Medicine and Biotechnolo-gies. 19(82), 235–239. Retrieved from https://nvlvet.com.ua/index.php/journal/article/view/1396. 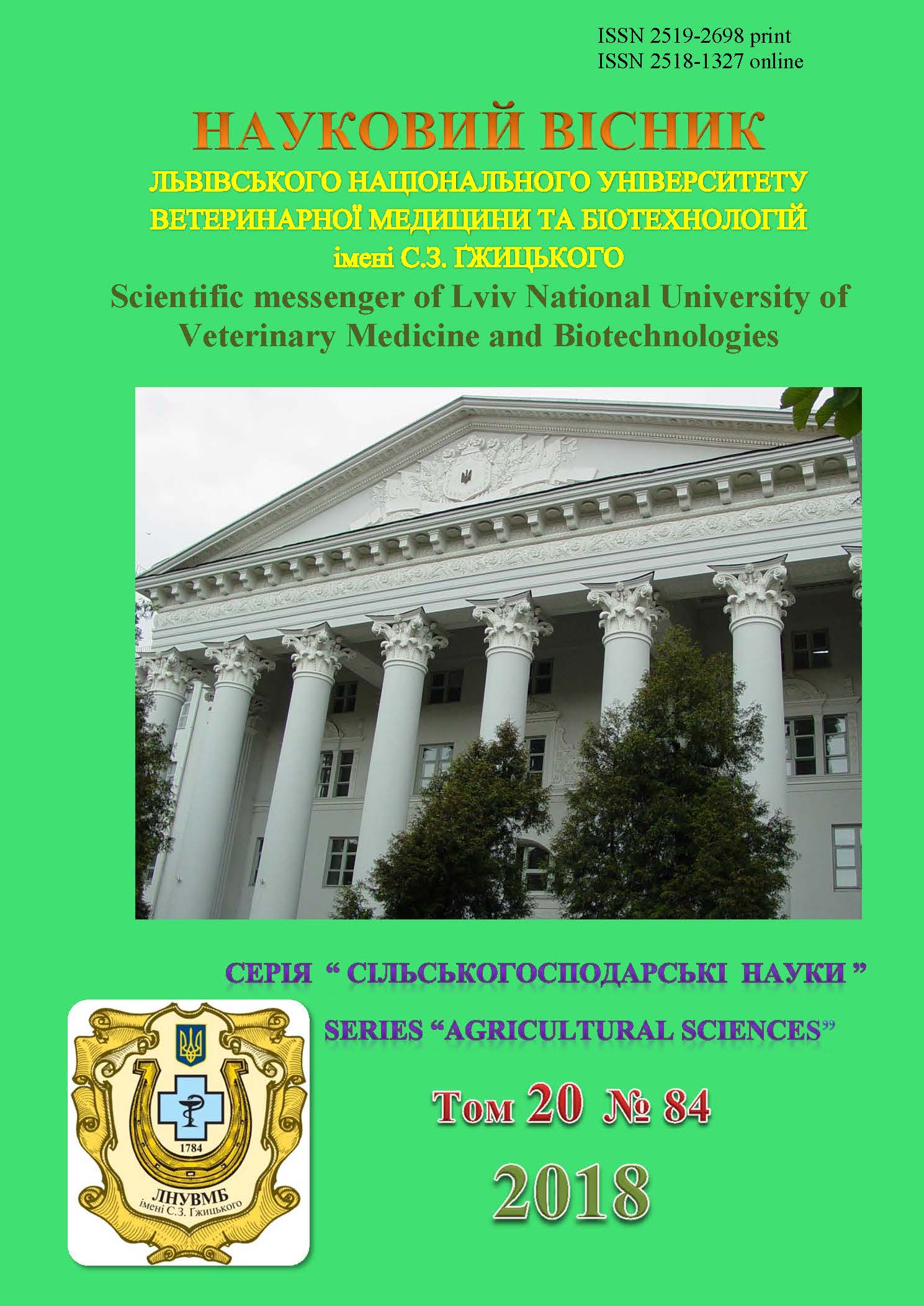