In the publication the expediency of the application of feed additive probiotic «PROPOUL plv» in feeding quail of the egg direction of productivity is justified, the impact of which is not sufficiently studied in their productivity, morphological and physiological–biochemical parameters. The studies were conducted in conditions of the enterprise "Bar–room" by the stuff of the Department of animal nutrition and feed technology on four groups of chickens–quail and later on adult chickens. For the experiment there were four groups of chickens–quail formed in the number of 100 heads in each group which were fed according  to the scheme, which included the consumption of drinking water with the dissolved powdered feed additive with the calculation 4,6,8 g per 1 litre of water, the first group of control, the second, third, fourth were experimental. It is established that the use of the feed additive «PROPOUL plv» together with drinking water  has a positive effect on the morphological composition of quail eggs. The mass of albumen and yolk in the third and fourth groups was higher. The similar situation is observed in terms of the meat indicators, which gives the possibility to claim about the feasibility of using probiotic feed additive «PROPOUL plv» in quails feeding. As it is indicated by the results obtained, the investigated samples of meat of the control and experimental groups of quails meet the requirements on all the indicators of veterinary–sanitary examination. The use of feed additives «PROPOUL plv» in the nutrition of poultry did not adversely affect the qualitative characteristics of the meat. This is proved by the absence of breakdown of  the  primary products of protein, as well as by such important indicators  as the ph level of the meat, the reaction to the ammonia, peroxidase, acid number, microscopy of smears of muscles. Thus, the results of the evaluation confirm the suitability of the quail meat for food purposes at an optimal dose of feed additive in the dose of 6 – 8 g/l of drinking water. 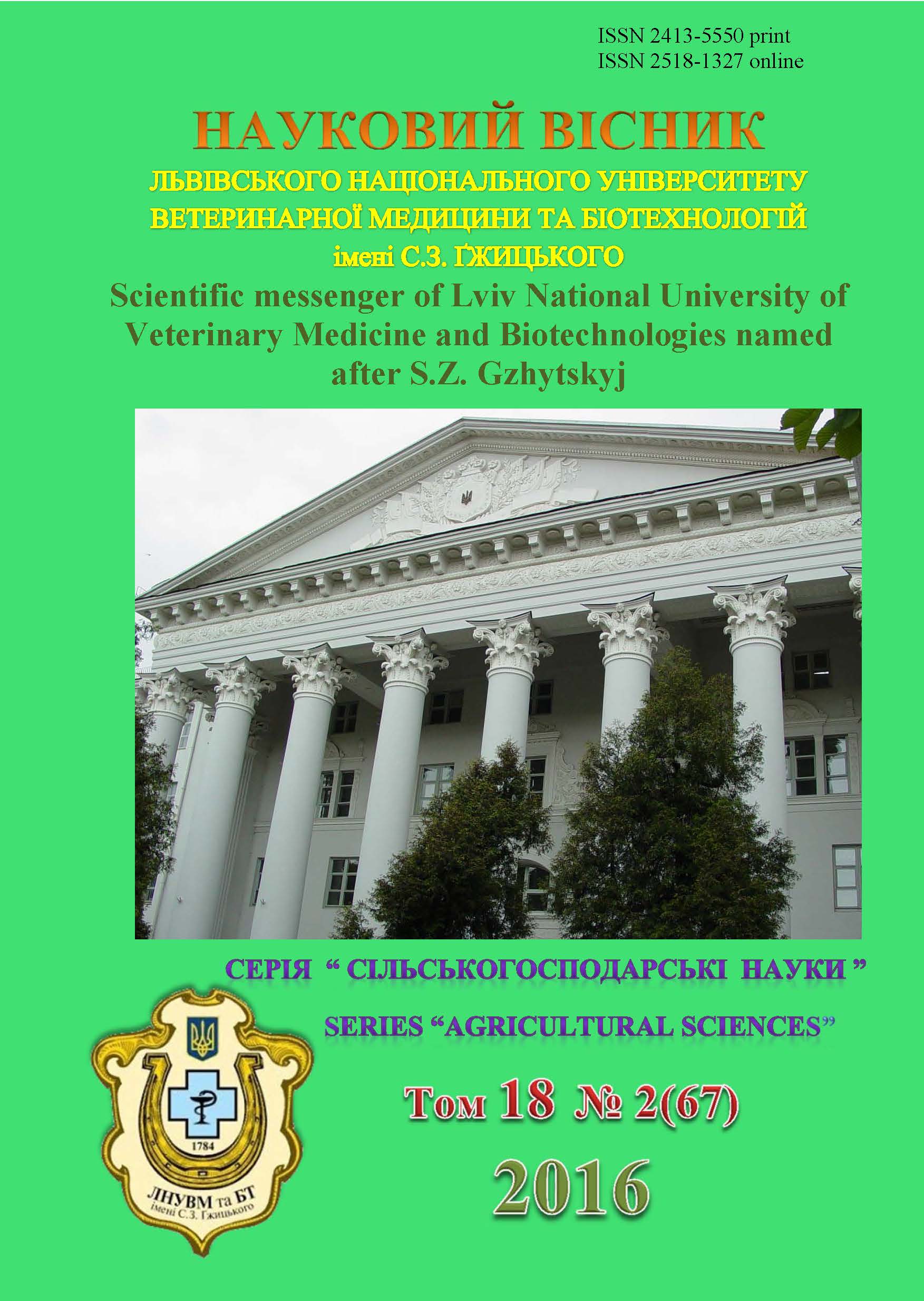