The article presents the research results on the growth dynamics of brook trout from caviar to commercial weight at different temperatures. Two groups of brook trout control and experimental individuals were formed to conduct the experiment, kept at different temperature regimes (control – natural water temperature, experimental – with partial heating at other times of the year up to 12 °С). The total duration of the embryonic period for brook trout, starting from fertilization of eggs and ending with free embryos at 2.8 °C was 101 days or 283 degrees-days; at 12 °C, incubation of eggs lasted 30 days (360 degrees-days). The yield of free trout embryos at a constant temperature was 90.5 % of the eggs laid for incubation. The yield of free embryos of brook trout, which was incubated at lower temperatures, was 82.9 %. The complete transition of brook trout larvae at a water temperature of 3.3 °C in the control group to artificial feed took place within 24 days of cultivation. In the experimental group, this transition lasted about ten days. The yield of larvae from embryos in control was 88.2 % in the experiment – 92.0 %. The larvae were then transplanted into 0.5 m3 plastic pools, where they were reared. Planting density in both cases was 5 thousand specimens/m2. The yield from rearing was almost the same and ranged from 91.4 to 92.5 %, but the average weight of young animals reared in heated water was significantly higher and was 3 g against 1.24 g in the control group. The duration of growing one-year-old trout was 240 days. The result was 3234 specimens of one-year-old in control weighing 15.57 g and 3603 specimens in the experiment weighing 35.5 g. The yield from cultivation was 77.0 and 85.8 %, respectively. Fish productivity was 2.5 times higher in the pool where the one-year-old research group was kept. The total weight of fish caught in the experimental group was 77.4 kg. One-year-old brook trout were planted in 30 m3 pools to produce marketable products. The average weight of fish of the control group at planting was 15.6 g, experimental – 35.5 g. 3000 specimens of one-year-old were planted in the pools. The duration of cultivation was 210 days. 2835 specimens were caught from the pools, the control pool, and 2874 specimens from the experimental one, with an average weight of 252.4 and 288.5 g, respectively. The total weight of fish caught was 1.2 times higher in fish of the experimental group. Fish productivity is 3.79 kg/m3 higher. 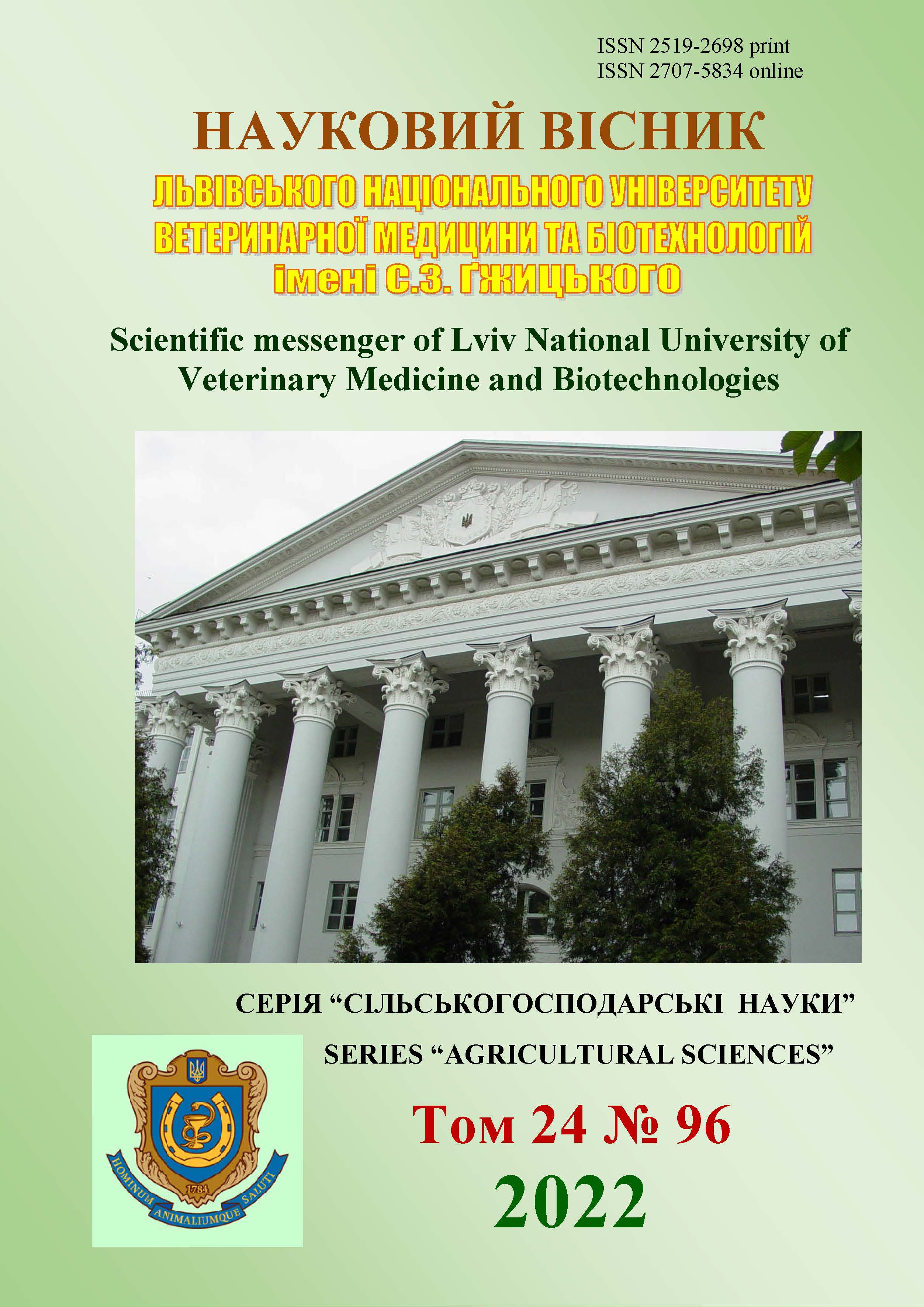