DARPA programs and biological technologies – in the interests of national security

The purpose of our article is to review and analyze the main areas, projects and developments in the management of promising research projects of the US Department of Defense DARPA. The dynamics of funding revealed an increase in interest in such areas as materials technology and biotechnology, promising aerospace systems, technology centric armed struggle, etc. The object of the research is – the development of the DARPA agency, and its influence on world scientific activity. As a subject of research in the article the possibilities of the DARPA Biological Technology Department and the perspective directions of research are considered. The Agency for Advanced Defense Research Projects DARPA (USA) was established in 1958. Over the past decade, success has led to the creation of analogues of this organizational structure in other countries: DRDO (India), MAFAT (Israel), SASTIND (China), GDA (France). DARPA Technology Priorities for 2020: 1. human technology; 2. technology of robotics; 3. network technologies; 5. technologies of automatic switching of events of real and virtual worlds; 6. technologies of integration and mutual empowerment of human and computer networks; 7. integrated network technologies for the transformation of the real world through the interaction of man and robots. In 2014, DARPA announced the creation of a new department – Biological Technology. The Department of Biological Technologies (DBT) is created to study the complex mechanisms of natural processes, and to implement their use in solving the problems of national defense. The task of DBT is to put biology at the service of national security. Among the priorities of the new department: 1) Survivability and ability to survive military service; 2) Synthetic biology of animals and living systems; 3) Integration of biochemical and omics data on human health. A feature of the direct line will be the overcoming of moral and ethical constraints on the way to improving the physical and intellectual abilities of a person. The appearance in Ukraine of the DARPA analogue is of the utmost importance for future technological development. Such a structure, called GARDA, should become a platform that brings together developers, startups, investment funds and military. The GARDA project was developed last year, but it requires professional expertise, resources, and serious political support at the government level.The creation in Ukraine of the domestic prototype of the DARPA Agency has a number of prerequisites: 1) the presence of high-tech institutions in the areas of defense and dual use; 2) the need for technological advantages of the Armed Forces of Ukraine and other armed formations of the state; 3) the importance of high-tech export on the world market of armaments and consolidation of the image of Ukraine as a high-tech state. 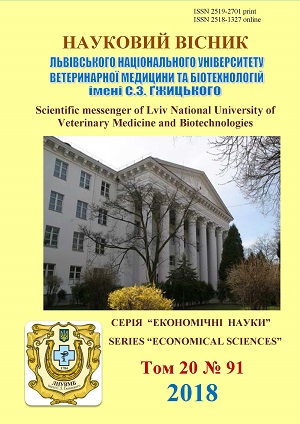