FEATURES OF FUNCTIONING THE AGRICULTURAL ENTERPRISES IN LVIV REGION: PROBLEMS AND PERSPECTIVES

The article deals with the problem of milk production in farm enterprises of Lviv region and the directions to solve it.

Production and sale of milk in the current crisis functioning farm enterprises remains one of the main directions of solving the food problem. The main producers of milk in Western Ukraine is individual farms in rural population. In the process of reform the agricultural enterprises were disaggregated. On the basis of property of former large collective farms it has been formed small independent production structure. As a result, these means of production as livestock premises, silage buildings were owned by different companies.Milk production depends mainly on the structure of raw materials and raw material quality – factors, which form the competitive capacity of products of milk processing plants and determine their place on the consumptive market. First of all – a state of cow livestock as a raw material source. In recent years there has been deteriorated a condition in the dairy industry: it has decreased livestock of cows, decreased milk production, especially in the social sector, and, therefore, consumption of dairy products, and has decreased their quality. Added to this it is the insufficient level of milk production and procurement of milk both in farms and in public. By this time it has not been formed a clear relationship of parity between the production and processing of milk. Milk production in most enterprises is unprofitable. Resource potential is lost.

With such productivity and this herd is formed too high cost of milk. Requirements to improve dairy processing enterprises of purchase prices for milk above the cost can not be realized as dairy products will not be competitive.

In low profitability, and in many cases – the loss can not be formed and updated main fund. It should be expected reducing the supply of milk produced in farms. Individual sector has not mainly the commodity of orientation.

Moreover, the formation of the food market mainly production of small commercial economies is a sign of the low level of economic development and significant disproportions in the economy. 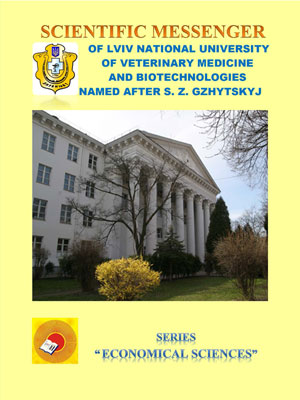