At the present stage of milk products manufacture, the most important factor affecting their safety and reducing their storage time is a microbiological one. Despite all complex of measures including washing, disinfection, heat processing to eliminate microbes on production equipment and in the finished products it is very difficult to achieve good results. This deals with the fact that microorganisms can survive on the production equipment thanks their ability to form biofilms and also treatment-resistant microorganisms strains appear in the process of continuous sanitary treatment. The aim of the paper was to study the biofilms Enterococcus faecalis formation on the stainless steel AISI 321 depending on their initial quantity and surface roughness. The plates made of the stainless steel AISI 321of surface roughness Rа = 0.955 mkm, Rа = 0.63 mkm and Rа = 0.16 mkm were used for the investigation. It  was found that during 9 hours Enterococcus faecalis was forming the biofilms of weak density less than 0,5 units on the stainless steel surface of AISI 321 of roughness Rа = 0.955 mkm. After the 12th hour the intensive film formation process was noticed in the options with initial number of cells E.f from 2000 to 10 000 and 20–50 thousand/ cm2, the biofilm was getting of high density – 1.246 and 1.415 respectively with initial number of cells less than 1000 per 1 cm2 of steel surface and it was of medium density – 0.672 cells. The process of film formation on the steel surface of roughness 0.63 mkm was rather decelerating, in comparison with the surface of roughness 0.955 mkm. Though, despite this, in the options with initial number of E.f. cells from 2000 to 10 000 and 20–50 thousand/cm2 the biofilms were of high density after the 12th hour of incubation, i.e. it was the same as for the  surface of 0.955 mkm roughness.  The process of film formation at such initial numbers of E.f. on the surface of roughness 0.63 mkm was finishing after the 24th hour while at roughness 0.955 mkm – after the 18th hour of incubation. It was found that on the steel surface of roughness 0.16 mkm the process of film formation was greatly getting slower comparing to the surfaces of roughness 0.955 and 0.63 mkm. During 12 hours of E.f. incubation in case when the initial number of E.f. was less than 1000 per 1 cm2 the film was of weak density but in cases when the initial number was 2000 – 10 000 and 20–50 thousand/cm2 the biofilms were of medium and high density – 0.917 and 1.025 units. After 18 hours of incubation the film was of medium density only in case when the initial number was less than 1000 E.f. per 1 cm2 of the surface. At larger initial number of bacteria it was of high density. Only after 24 hours of E.f. incubation biofilms in all options were of high density. Thus, we came to the conclusion that E.f. biofilms formation on the stainless steel AISI 321 is influenced by the surface roughness and initial number of bacteria. The results have shown that on the plates of roughness 0,16 mkm the film formation process is slower than on the surface of roughness 0.955 and 0.63 mkm. 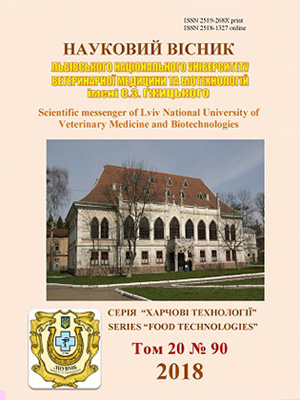