The well-balanced healthy ecologic-clean nutrition is a hot issue nowadays. Since the concept of modern nutrition is not just a fashionable trend or the trend of time, it is advisable to market for new products with desired functional health and preventive-health qualities. Nutrition is an important factor which considerably defines the nation’s state of health. White mice were studied the impact of lupin flour toxcity, Elecampane root and functional cutlets containing in the 5%, 10%, 15% of lupin flour with the replacement of meat and 0.5% of Elecampane as aromatic additives. For experiments on extracts used 5 white mice weighing 19-21 g, which were kept on a starvation diet for five hours for which the probe was injected once through the mouth into the stomach of 0.5 ml of the extract. After 3 days of observation mice were put away with chloroform and spent mortem. For experiments on chops, they were injected into the daily diet, replacing them quantitatively feed a part of the diet. Feeding spent 10 days in a row. Mice were kept before the experiment five hours without food (water was not restricted). For experiment took 20 mice (10 control) which were daily clinical observed. The indicators of toxicity include loss of body weight, disorders of the gastrointestinal tract and central nervous system (excitation or inhibition, loss of coordination of movements, seizures, paralysis). Studied that lupin flour and Elecampane not cause catarrhal or hemorrhagic inflammation of the gastrointestinal tract of mice and death, so are non-toxic. In mice fed cutlets with 10% content lupin flour and 0.5% Elecampane found that when mortem macroscopic changes in the organs and tissues were found, P > 0.05, which is within normal limits and hematological blood tests confirmed the mice that This product can be included in the diet of people. Therefore lupin flour and Elecampane can enter into functional products to address the protein deficit and a full, preventive nutrition. 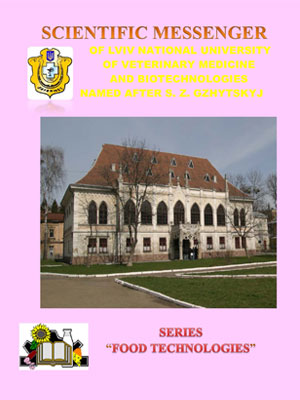