One of the real ways of increasing the production of livestock products is to increase the conservation of young animals, the mortality rate of which remains at this time still very high. Many calf treatment regimens have been developed, but they are not always effective, which prompts scientists and practitioners to improve already known methods of treatment, to find and justify new medical preparation. Material for research were dry-cows, healthy and sick calves. After the clinical examination of cows, the experiment was conducted in two phases: the first phase – in 3 groups of cows, the second – in clinical healthy and sick calves. Mineral supplement of Sapocorm were added to the first experimental group of cows; cows of the second experimental group – the preparation Betamint; animals of control group get basic diet. At the second phase, a group of healthy calves, as well as control and two experimental groups of patients were formed. The first group was treated with Intecol in combination with the probiotic Vetom. Calves of the second group – the preparation Intecoll, but in a complex with electrolyte solution Electrosol oral. The calves of the control group were treated with 4% solution of gentamicin sulfate and 30% solution of natrium thiosulfate. It was found out that during the dry period, cows were often subjected to metabolic disorders, and the causes of digestive disorders in calves were associated with a metabolic disorders in cows as a result of malnutrition. In the first stage of the research, the data obtained show the stimulatory effect of Betamint on the processes of hemopoiesis of the cows. In other side,  the probable magnification increase hemoglobin in the blood of cows can be explained by the influence of the components of the preparation on the metabolism of proteins. In cows of the first experimental group, which received the mineral supplement of Sapocorm, there were no probable changes in these indices. The next stage of the work was aimed at studying the effectiveness of preparation for the treatment of sick calves. In the analysis of biochemical parameters, was obtained low effectiveness of control group treatment, which was manifested by a slight increase in the biochemical parameters of the blood of diseased calves, which indicates an ineffective action of preparation. In the treatment of calves in the first group, the general condition was normal within 4–5 days of treatment. This indicates the complex effect of compounds and other elements that are components of the preparation Intecol and probiotic Vetom, on restoring the structure and functions of digestion. An analysis of the biochemical parameters of the blood of the second group when treated with the preparation Intecol and Electrosol oral plagued the normalization of the general state occurred within 2–3 days of treatment. The revealed changes indicate the complex influence of nutrients, which are components of the preparation Electrosol oral. On the basis of the conducted studies, the positive influence of the proposed treatment regimens and the effectiveness of the use of a complex of preparation with the antibiotic “Intecol” has been proved. 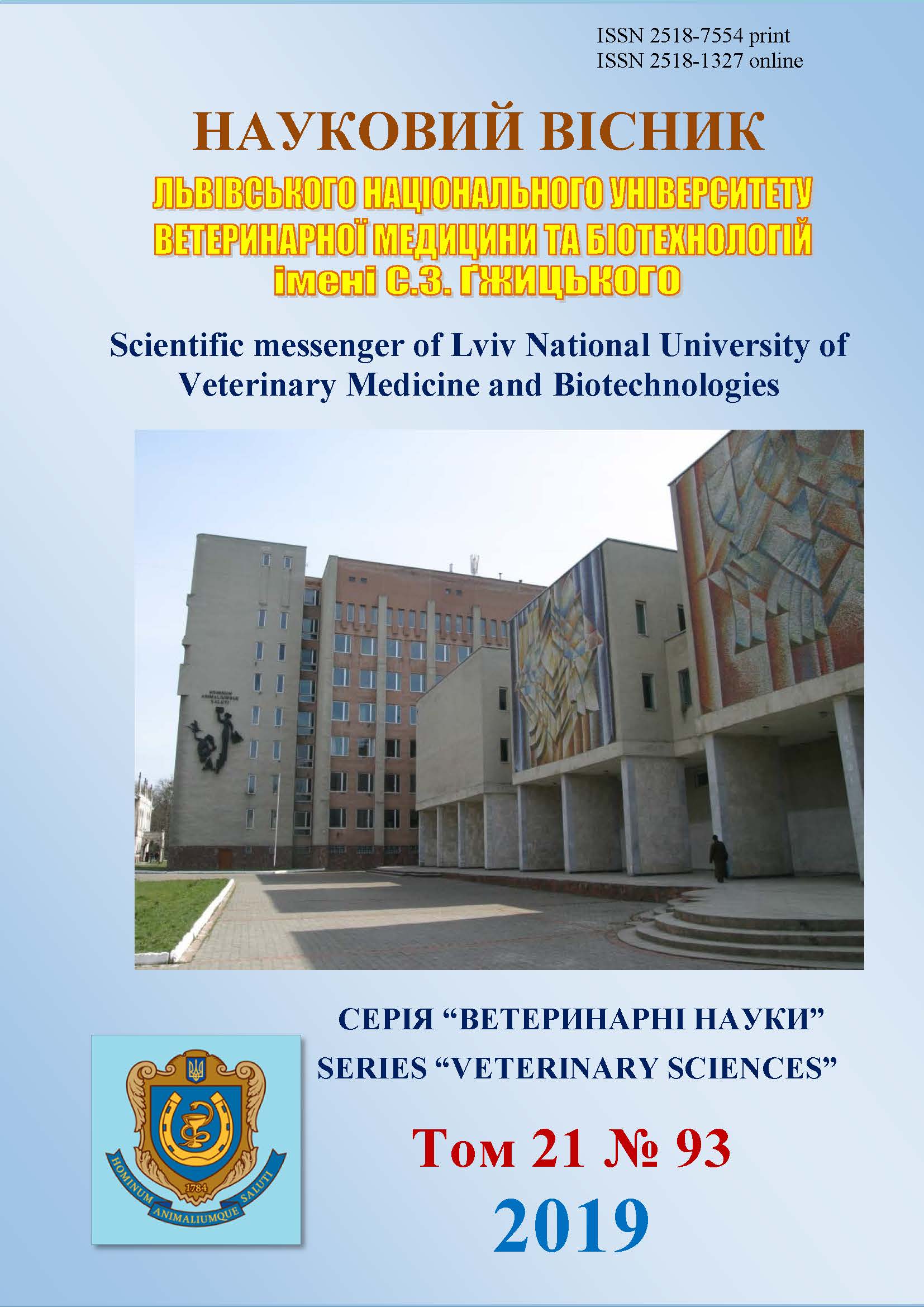