The results of research on the overall impact of drinking water quality, microclimate parameters and adopted in the farms of FE PE “Hlyniany Agro” and LLC “Miasni Resursy” options for growing weaned young (single- and three-phase) on morphological and biochemical parameters of blood, the level of natural resistance and their growth indicates that single-phase cultivation is more favorable for the growth and development of young animals. This is confirmed by the live weight of animals at birth and at the age of 120 days. Thus, in the case of single-phase cultivation of FE PE “Glynyany Agro” the live weight of piglets at birth was 1.11 kg, and in the case of three-phase LLC “Miasni Resursy” – 1.07 kg. When the animals reached 120 days of age, the live weight of piglets was 53.2 kg in FE PE “Glynyany Agro” and 50.2 kg in LLC “Miasni Resursy”. It should be noted that according to most indicators, water quality in both farms is within acceptable limits of sanitary and hygienic requirements, although it needs to be improved. With regard to microclimatic indicators, an overestimated level of ammonia was found in FE PE “Glynyany Agro”, which exceeded the MPC by 6 and 3.33 mg/m3, respectively, in the lines and transition periods, and in LLC “Miasni Resursy” was close to its upper borders. In a farm with single-phase animal husbandry, a slight decrease in erythrocytes in the blood of piglets aged 30 and 60 days was found. Since the animals reached the 120th day of life, an increase in this indicator was noted and the number of erythrocytes in the blood of animals of both farms, within the physiological norm, was 6.47 T/l (FE PE “Hlyniany Agro”) and 7.31 T/l (Miasni Resursy LLC). The concentration of hemoglobin was low in animals of both farms, but the highest rates were in animals of FE PE “Hlyniany Agro” at 30 and 60 days of age, and at 120 days of age this figure (3.28 g/l) was higher already in piglets of Miasni Resursy LLC. The content of total protein in the blood of piglets from both farms was also low, but by the time the animals reached 120 days of age, it was already within the physiological norm. Violation of the albumin-globulin ratio with the vast majority of globulins was also noted. Regarding cellular immunity, it was noted that the content of T-lymphocytes only in animals 120 days of age was normal, exceeding the lower limit of physiological norm by 0.27 % in animals with FE PE “Hlyniany Agro” and 2.09 % in animals with Miasni Resursy LLC. Our research once again confirms that the health, growth, development, and productivity of animals are influenced by a number of factors, both hygienic and technological. 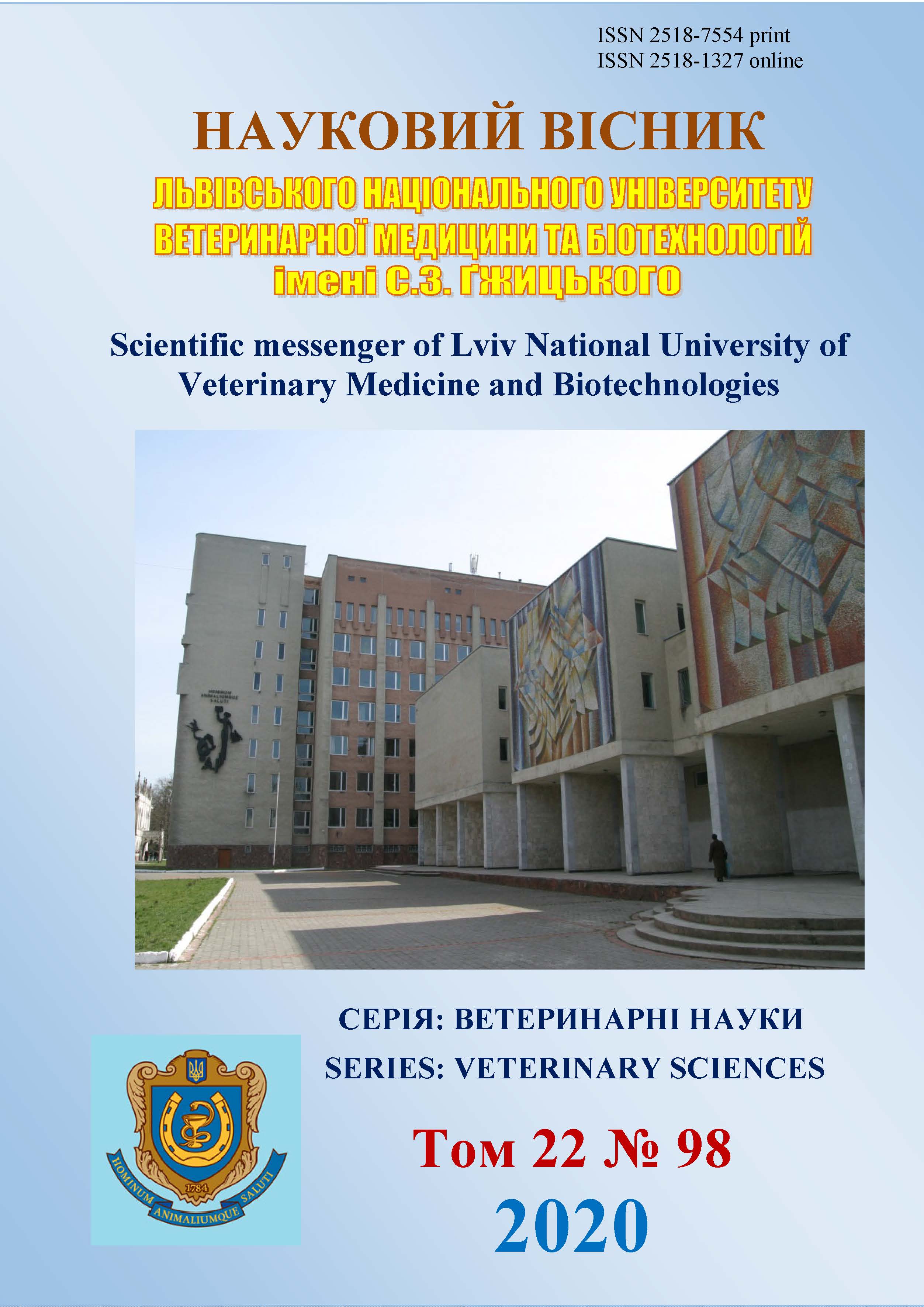